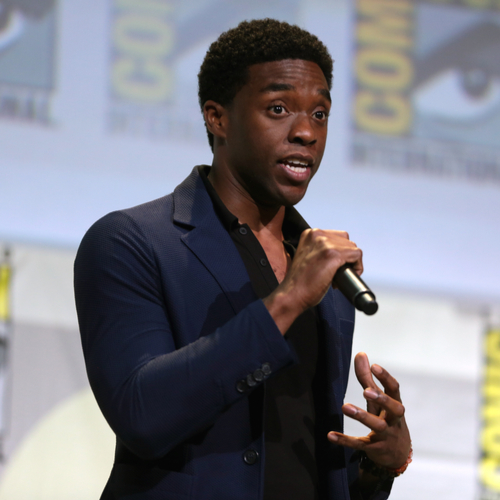 “You never know what someone is going through, so be kind.” You hear this all the time, but the life and story of Chadwick Boseman takes the concept to a new level. When Kobe Bryant was taken too soon, the black community lost a major hero. I took some time to mourn, but I took even more time to learn. I thought about Kobe’s mindset, what propelled him to be great, and how he approached life. I did the same with Chadwick’s passing, but what I learned from his life’s walk was a fundamentally different lesson.

Be Kind to Others

On social media, Chadwick was ridiculed, trolled, and bullied for his visible weight loss and gain. People assumed that his weight problems were entirely within his control, and they chastised him for being off his game. But, little did they know, he was dying. Chadwick was fighting cancer for four years and played the majority of his lead roles in and out of surgery and chemo. No one but his close circle of friends knew—not even his directors and producers. The lesson here was that no matter what someone shows on the outside, you never know what they have going on in the inside. So, be kind. Always.

In the face of the barrage of disparaging comments regarding his appearance in the media, Chadwick remained silent. He could have easily revealed his illness as a means of putting an end to the hatred. But he never did. Why not? Because he maintained the higher moral ground. He refused to lower himself to the level of those who were attacking him. As a result, he maintained his grace and dignity. In this divided world, with so many people so quick to become outraged, that is an example that we should all take to heart.

Chadwick went through life with a smile on his face. There was none of the celebrity superiority in him. He was a genuine, normal guy who expressed every day in the way he conducted himself the gratitude he felt for the life he was living. You won’t find a person who has a bad thing to say about the man. That’s because he was genuine and kind.

Celebrate Life and Live in a State of Gratitude

Even in his last days, Chadwick was sending uplifting texts to friends. He used the analogy of “catching the rain” to describe why and how you can be grateful during the most rainy of days. Every moment is uniquely precious. Tell the people you love that you love them even more. Over-do it. Feeling gratitude will help you to express gratitude to others and be the kind of person who gives back.

Be consistent in your work. Be humble when you experience triumph or success, and show a true sense of purpose with what you do, why you do it, and who you do it for.

“Savor the taste of your triumphs today, don’t just swallow them all whole without digesting what is actually happening here. Look down over what you conquered and appreciate what God has brought you through.”

Chadwick Boseman had every reason to ease up, focus internally, and stop working so hard. Yet, he continued to devote himself to his craft, turning out exceptional performances until the very end. In addition to his outstanding turn as the ‘Black Panther’ in 2018, he starred in ‘Avengers: Infinity War’ and ‘Avengers: Endgame’ in 2019. Endgame has gone on to become the highest-grossing film of all time. He also starred in ‘21 Bridges’ that year. In 2020, he appeared in Netflix war drama ‘Da 5 Bloods’. He also completed the movie version of ‘Ma Rainey’s Black Bottom’, based on the stage play by August Wilson. This movie has yet to be released.

Chadwick’s consistency in his work despite tremendous obstacles stands as a shining example for the world. It is a message that is sorely needed in the pandemic ravaged times in which we live.

Your Impact on Others is Defined By Your Actions

Chadwick is seen as a real-life superhero because of his actions. He gave his all to his craft when most people would’ve quit or searched for sympathy. He didn’t use his words for people to pity him or to make excuses. He used his actions to leave a mark so monumental that it was felt and understood after his passing on a level that very few actors have left on society.

Success in Life is Built Around Purpose

The famous German philosopher Friedrich Nietzsche once said ‘he who has a why to live can bear any how.’ Chadwick Boseman had discovered his why and it certainly helped him to bear his how. In 2018, he returned to his alma mater, Howard University to deliver the commencement speech. In a stirring delivery, he related a time when he was walking across the Howard campus feeling down when he looked up to see the great Muhammad Ali walking past. He locked eyes with Ali and the greatest athlete of the 20th century threw a light-hearted punch in his direction. In that moment he realized the value of pursuing one’s purpose. He went on to tell the Howard graduates. . .

“Your purpose is the reason that you are on the planet in this particular time in history. Your very existence is wrapped up in the things you are here to fulfil. Whatever career path you choose to fulfil, remember, the struggles along the way are only meant to shape you for your purpose.”

Discovering our inner purpose will help us to arrive at a place of self acceptance. It will also reveal what drives us to go on when everything around us is designed to make us stop. It will help us to develop the resilience that was a defining characteristic embodied by the life of Chadick Boseman.

Let the Memory of Chadwick Boseman Inspire You

We can all learn from Chadick Boseman’s struggle. Instead of spending his remaining days depressed and angry, he did his best to continue doing what he loved. He kept on smiling, and practicing his craft, while he coped with cancer, and the reality of his limited days. When life gets you down, think of people like Chadwick Boseman who lived their lives to the very end.

“Sometimes you need to get knocked down before you can really figure out what your fight is and how you need to fight it.”