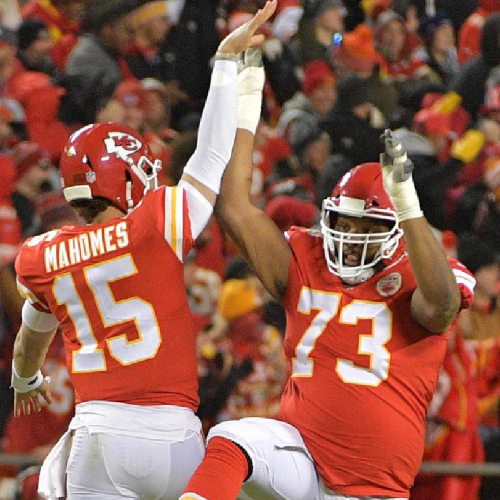 Jeff Allen: Power From Within & Self Confidence—OFF THE CUFF

This week we go Off the Cuff with former NFL football player, entrepreneur and businessman Jeff Allen. Jeff reveals how the COVID-19 environment has impacted him and his family, how he managed to open a business in the height of the pandemic  and what he is doing to maintain his physical, emotional and mental health during these challenging times.

In this interview, Jeff discusses the following topics:

Jeff Allen is a retired NFL football player and businessman. He was born on January 8th, 1990 in Chicago, Illinois. After graduating from King High School he attended the University of Illinois at Urbana- Champaign. Between 2008-2011, he started in 47 games, playing at left and right tackle.

In 2012, Jeff was drafted by the Kansas City Chiefs in the second round of the draft pick. He played in all 16 games of his rookie season, securing the starting guard position in Week 4.

In March of 2016, Jeff signed a four-year contract with the Houston Texans. Then, in May 2018, he was placed on the reserve after suffering concussion and ankle injuries. The Texans released him from his contract in July 2018. In October, 2018 he was signed by the Kansas City Chiefs. He resigned with them in August 2019 but was subsequently released in October, 2019. He is now retired from the game of football.

Earlier this year, Jeff and Marissa started the Cookie Society, selling gourmet cookies. The business began online, with the couple opening their first bricks and mortar store during the height of pandemic lockdowns. Jeff is hands-on, helping with the day to day operations of the bakery.