Three Tips to be an Awesome LGBTQ+ Ally

If you agree on equality and the fair treatment of everyone in society, you’re already on your way to being a great LGBTQ+ ally. But being an ally also requires some action. An LGBTQ+ ally stands up for what’s right, supports equality, and takes action against discrimination. You don’t need to be an expert to be an ally; you simply need to be willing to educate yourself, ask questions, and learn.

Every June, the LGBTQ+ community and supporters come together to celebrate Pride Month. The world dedicated the entire month to LGBTQ+ voices, support, and culture. No doubt you’ve seen the parades, talks, and performances celebrating all aspects of Pride.

This June was the 52nd anniversary of Pride Month, which commemorates the Gay Liberation Uprising known as the Stonewall Uprising. Police raided a popular bar in New York in 1969, and the riots continued for days. Pride Month honors the Stonewall Riots with events attracting millions of people every June.

What Does it Mean to be an LGBTQ+ Ally?

An ally is someone who stands up and encourages those around them. Essentially, it’s a person trying to make the world a better place for those who identify as LGBTQ+.

Regardless of their sexual orientation or gender identity, anyone can support the LGBTQ+ community. You can advocate for those marginalized in society and help create a safer, more accepting world for all.

Three Ways You Can be a Great LGBTQ+ Ally

Research shows that one in eight LGBTIQ+ people between eighteen to twenty-four has attempted to end their life. Almost half of trans people have contemplated self-harm or thought about ending their life.

Unfortunately, the LGBTQ+ community can be the victims of hate crimes, homophobia or transphobia, social isolation, and rejection. All of which can massively affect mental health and well-being.

Educating yourself and asking questions is a starting point when supporting the LGBTQ+ community. Here are three ways you can move from passive support to active ally and start making steps to make the world a better place for all.

Sometimes, people are afraid to talk about LGBTQ+ issues in case they say the wrong thing. Like in any group or network, words can have different meanings.

One of the best ways to be a great LGBTQ+ ally is not to make any assumptions. Nowadays, there is no need to assume someone’s gender or pronouns. If you’re unsure, try to stay neutral or introduce yourself first.

When you assume someone’s pronouns, it can reinforce gender stereotypes that may be harmful. Respecting a person’s gender identity is important. If you make a mistake, it’s best to apologize and move forward without judgment.

Avoiding assumptions about gender identity allows you to be mindful of others’ feelings. Be aware of your default assumptions and stay neutral with no judgment. Give someone else the time and space they need to tell you how to address them.

Think about the language you use and hear around you. Start to familiarize yourself with respectful language and terminology to help everyone around you feel confident and included.

If you hear something derogatory, stand up for your friends. Explain why the language is offensive and how it could make someone feel. Often, someone may say something and not really understand why it’s unkind.

Stand against slurs, stereotypes, assumptions, and harmful language. Although it may feel a little awkward, correct someone if they misgender a person, even if that person isn’t in the room.

Don’t assume that you can address everyone in the exact same way. Gender and identity are so personal. Check in with the individual to make sure that you’re using language they are comfortable with.

Start to research the community’s specific issues so that you can stand up for the people around you. LGBTQ+ books like The Stonewall Reader and Fairest by Meredith Talusan are great places to begin educating yourself.

Derogotirary language and discrimination against any part of society need to stop. Being an LGBTQ+ ally means stepping in and standing up for your queer friends.

Finally, a great way to be an ally is by being an advocate. If there is something structurally that needs improving, raise your voice. Whether it’s for widespread installation of gender-neutral bathrooms or equal rights, ask for queer voices to be heard. Being an advocate is how change moves forward, and everyone has the power to take action.

Go to rallies and protests, and support the LGBTQ+ community in any way possible. Challenge discrimination, and shop at businesses owned by LGBTQ+ people. Being an advocate means helping spread knowledge and raising awareness and acceptance of all people in society. You commit to inclusion, diversity, and respect.

Offer support and find Pride events in your local area that you can get involved in. Keep an eye out for your friends and family in the LGBTQ+ community. Be a shoulder to cry on or give them space to vent their frustration with no judgment.

Being an LGBTQ+ ally makes you an incredible ally to all humans. If a person identifies as a member of the LGBTQ+ community and is a person of color, they could be isolated or discriminated against for different identities. When you stand up for injustice and inequality for one group, you can fight against inequality in all marginalized groups.

Regardless of race, gender, or sexual preference, being an ally means creating a better world for all. You can make a difference, take action, and support those around you.

If you spent time over this past month to celebrate Pride, AMAZING. If not, start now, and become a better LGBTQ+ ally and be an advocate for a more inclusive world. Check those around and brush up on your history and LGBTQ+ culture. You can encourage more individuals to be themselves and support everyone on their journey by having more conversations.

Setting Boundaries and Learning How to Say No

Being healthy means not taking on more than you can handle, and privacy awareness is higher than ever. Setting healthy...

Ways to Practice Your Active Listening Skills in Every Conversation

The Key Benefits of Effective Communication in the Workplace

Over the years, I’ve held a number of different jobs, both full-time and part-time/freelance. As someone who specializes in more... 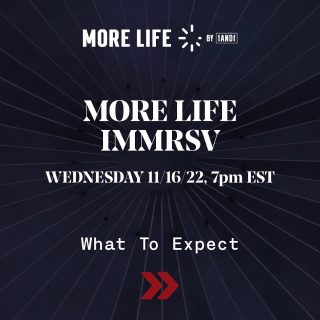 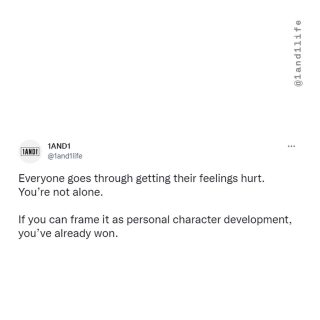 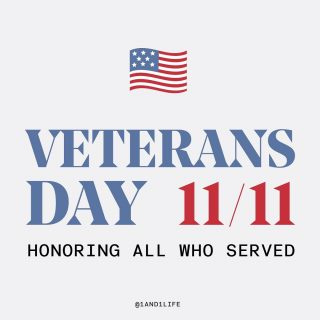 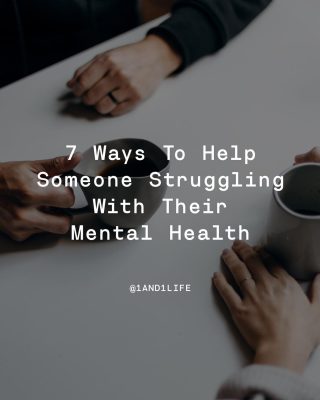