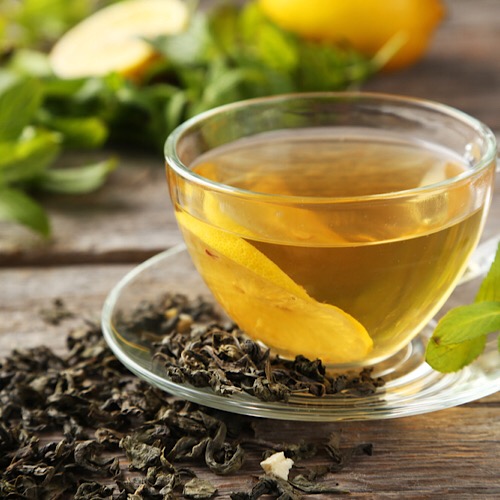 There are several natural substances—drinks, foods, and herbs—that encourage fat burning.  These have become more viable options as we become more aware of the health consequences of artificial fat burners.  Some pills have been shown to cause insomnia, heart attacks, and cardiac arrhythmia. If you are trying to lose weight, taking a fat burner may sound like a simple solution, but it may be putting you in greater danger.  Added bodyweight can already put a strain on your heart, so using a fat burner under those conditions is a wild card.

Thankfully, natural fat burners can be just as effective as man-made ones!  Just remember, no matter what you take—natural or unnatural fat burners—there isn’t a magic pill.  The only way to maximize your results is to make changes to your diet and exercise as well. What’s great is that many natural fat burners are actually found in healthy foods.  If you make a lifestyle change and eat a well-balanced diet of whole grains, leafy greens, and proteins, you’ll get double the benefits.

Drinking fluids with fat-burning properties is one of the oldest and easiest ways to shed extra pounds.  Here we will cover a few of the most effective drinks.

Lemon water is one of the simplest and least expensive drinks to lose weight.  Drinking a few glasses daily helps you naturally remove toxins, get rid of constipation, and suppress your appetite.  In order to get the full effects of the lemon water’s metabolism-boosting qualities, you should start drinking it early in the morning.

Green tea was one of the earliest drinks used to increase metabolism.  Although its effects are not 100% proven, most studies have shown a correlation between green tea and an increased ability to break down fat.  In addition, it seems to prevent your body from creating more fat cells, and it keeps existing fat cells from growing! Yogi Tea’s Green Tea Antioxidant is one of the most popular teas used for weight loss.  Although this version is caffeinated, choosing decaf green tea is no less effective. If you plan on drinking tea before bedtime or want to avoid caffeine, I recommend this decaffeinated version. There are so many fabulous health benefits of tea, and making it part of your everyday routine could improve your quality of life in so many ways.

Two of the most common fat burning supplements, probiotics and Conjugated Linoleic Acid, are also naturally occurring in many foods.

Probiotics are healthy bacteria found in your gut that aid your digestion in so many ways! They regulate your appetite and fat storages and help with weight loss.  Probiotics are most commonly found in yogurt, cultured vegetables, or man-made supplements. Probiotics found in food, however, are easier for your body to absorb. For example, the good bacteria found in dairy can survive the high acidity of your stomach and make it all the way to your colon where they are most needed.

Your body’s need for other probiotics can be met simply by having a balanced diet.  If you regularly eat leafy greens, whole grains, fruits, and veggies, you will naturally boost your gut bacteria.  Eating healthily is the best way to get probiotics, as it also helps you learn healthy habits for long-term health.  There is nothing wrong with taking a probiotic supplement, but it should be used as a supplement to a healthy diet. My favorite is Physicians Choice as it is doctor-formulated and has 60 billion CFU’s (live bacteria cultures per serving).

Conjugated Linoleic Acid or CLA, as its more commonly known, is a fatty acid found in several supplements.  However, it also exists naturally in several foods! CLA is great because it preserves your muscle tissue even as it breaks down your fatty tissue.  The best part is that it does this without stimulating your central nervous system, causing less side effects than man made fat burners. CLA is naturally found in most dairy products, turkey, and seafood.

There are also foods you can eat that will help you burn more fat.  Regardless of whether you decide to take fat burners, you must make dietary changes in order to lose weight.  Naturally, if you eat mostly healthy foods with fat-burning qualities, you will get the best results. Foods high in protein, veggies, and spicy foods have the greatest impact on weight loss. High protein foods like chicken and fish require so much energy to break down that you must also burn calories to digest them.  Veggies, on the other hand, act as appetite suppressants because you cannot fully digest them and spicy foods raise your body temperature, increasing your ability to burn calories. This is one of the reasons cayenne pepper is used in so many detox teas!

Cinnamon indirectly helps weight loss by balancing blood sugar levels.  As a result, you produce less insulin and have fewer cravings. Since cinnamon has a naturally sweet flavor, it also acts as a great sugar replacement, reducing your caloric intake.

Ginger speeds up your digestion and metabolism and is a natural ingredient found in many diet pills.  Obviously, ginger works best if combined with a healthy diet and exercise, but it can work wonders regardless.

Flax is another herb that stabilizes your blood sugar, but unlike cinnamon, it also increases your metabolism.  Flaxseeds are high in omega 3 fatty acids, which activate a process called thermogenesis. This process helps your body burn more fat cells at a much higher rate.

Since artificial fat burners can cause dangerous side effects, we should consider using natural substances more often.  Natural fat burners are often just as effective, but they are safer and healthier for you in the long run.