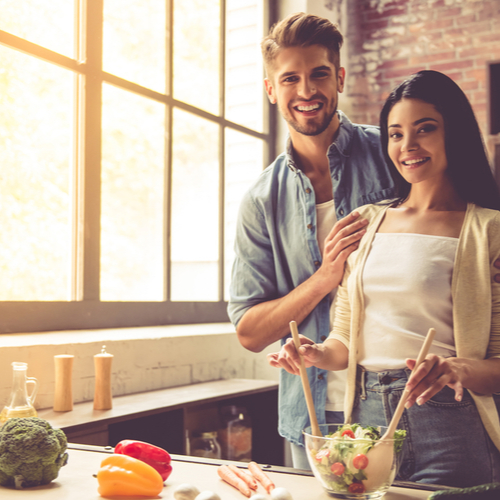 What is a Plant-Based Diet and What are its Benefits?

What is a Plant-based Diet?

When a person is on a plant-based diet, they derive the majority of their nutrients from vegetables, fruits, and whole grains, along with legumes, nuts, and healthy oils. People on this diet stay away from processed foods, refined grains, unhealthy snacks, and drinks that are filled with sugar.

The plant-based diet is designed as a healthy alternative to the standard Western diet, which is full of processed junk foods and high in simple carbohydrates. People who go on a plant-based diet generally do so because they want to improve the health of their bodies. Religious or ethical considerations generally do not come into the picture.

The plant-based diet has a strong focus on the quality of the food that is consumed. Advocates are strong supporters of locally grown, organic foods such as those sourced from farmer’s markets. A plant-based diet doesn’t mean you’re cutting out protein, though. If you’re worried about getting enough protein on a plant-based diet, check out some awesome plant-based protein powders and veggie protein sources.

Because the plant-based diet is based upon the consumption of plant-derived nutrients, it is easily confused with such diets as the vegetarian, vegan, flexitarian, and raw vegan diets. However, there are some key differences.

The person who is on a vegetarian diet will not eat any meat, fish, or poultry. Most of the time, people decide to become vegetarians for ethical or cultural reasons rather than health ones. As an example, a person may believe that it is wrong to kill another living being in order to eat its flesh. Others may adopt a vegetarian lifestyle due to religious beliefs.

People who are on a vegetarian diet are able to eat processed, high simple carbohydrate foods and junk foods, provided that they do not contain any meat, fish, or poultry ingredients. This is quite different to the plant-based diet, in which the eating of plant foods is seen as being the healthiest option. The plant-based diet also avoids processed food choices.

Then there is the flexitarian diet. People who are on this diet predominantly stick to plant-based foods but may occasionally include meat. Of the various types of vegetarian diets, this one comes closest to the plant-based diet. However, flexitarians generally do not avoid processed foods.

What are Plant-Based Diet Benefits?

Getting your nutrients predominantly from plant-based sources has been shown to have a number of health benefits.

One of the most significant benefits of the plant based diet is weight loss. There have been a number of clinical studies confirming that the plant-based diet can help you lose weight. Plant-based foods have a high fibre content. This helps to fill you up so that you are consuming fewer calories at each meal. The plant-based diet emphasis on removing processed foods will also help to reduce daily caloric intake.

As well as helping to lose weight, the plant-based diet has been shown to help keep it off. People who incorporate plant-based eating into their long-term lifestyle will avoid the weight rebound that often happens with other diets.

It is interesting to note that vegetarian diets that did not put any limits on processed, high simple carbohydrate food choices had a significantly higher risk of heart disease than those on a plant-based diet.

The plant-based diet has also been shown to have significant cognitive benefits. Studies have suggested that following a diet that is abundant in fruits and vegetables can help to reduce age-related cognitive decline. The key reason for this is that many plant foods are abundant in antioxidants and other compounds that become active in the brain and work to reverse cognitive decline.

The plant-based diet is a smart choice for people suffering from diabetes. Removing processed, sugary foods from your diet will improve your blood glucose levels, help you lose weight and significantly reduce your risk of getting Type II diabetes. In one study, people who follow plant-based diets are at almost a 50% lower risk of getting Type II diabetes than those who did not.

Making the switch to a plant-based diet in this meat-obsessed world is no easy thing. As a result, you need all the help you can get. That’s why I was thrilled to come across Purple Carrot. They are a completely plant-based meal delivery service. Purple Carrot will deliver all of the ingredients in exactly the required amounts along with fun, easy-to-prepare recipes directly to your door. Their meal plans involve dinners, breakfasts, lunches, and snacks. This complete meal delivery service will take all of the pain out of your transition to a plant-based diet.