39 million WFH Americans’ health has improved since they stopped commuting to work over the pandemic, study reveals.

A recent study by Swiss economists came to the demotivating conclusion that long commutes destroy happiness. Up until this study’s release, the conventional wisdom among other economists was that long commutes did not make people unhappier than others – rather, based on the economic principle of rational choices, they saw commuting as a tradeoff that you are prepared to put up with the tediousness of long-distance travel in order to do a job that not only remunerates you well, but also improves your general wellbeing. But it turns out – they were wrong – people who undertake regular long commutes are just plain miserable.

The Swiss economists’ hypothesis has been further reinforced by subsequent research which shows that long commutes can have significant effects on people’s physical health too. A person’s likelihood of becoming obese increases by 6% for every hour spent commuting, as well as an increased risk of high blood pressure. Long commute times are linked to factors like insufficient physical activity, and poor sleep habits. As our post-pandemic world has seen a remarkable shift in employees moving to a WFH or hybrid model, it appears millions of workers across the country are reaping the mental and physical health benefits of no longer having to commute.

Indeed, 1AND1 Life, a mental health and wellness performance company, conducted an analysis of official data from County Health Rankings, and calculated how many workers in each state have reduced their risk of developing mental and physical problems, such as obesity, high blood pressure, stress and fatigue, by choosing to work from home instead. The study revealed that a whopping 39 million Americans who previously commuted over an hour per day before the pandemic, are now WFH and are now living healthier lives.

When broken down by state, almost 5 million Californians have reaped the mental and physical benefits of WFH since the pandemic started. Even in the Equality State, which is the least populated in America, over 73,000 employees who previously spent a minimum of 20 hours behind the wheel each week are now WFH.

A survey of 1,000 employees by 1AND1 Life revealed that more than half (58%) said the biggest benefit of not having to commute to the workplace is being able to spend more time with family (like having breakfast together), while 20% said they’re getting in more hours of sleep each night. This makes sense considering the chain of negative events that can occur at work if you’ve had a poor night’s sleep previously! Another 14% said they now have more time to get household chores done before the day starts when there’s no work commute involved. And nearly 1 in 10 (8%) love the added benefit of being able to have a proper workout in the morning.

It seems we are a nation of big sleepers as 46% of employees say they use this extra time of not having to travel, to sleep in a bit longer, while 20% spend it making a healthy breakfast before work. Seventeen percent do housework during this time and another 17% get in their daily workout. Surprisingly, however, nearly 1 in 5 (18%) respondents said they actually miss commuting long distances to and from work. And almost half (45%) of those who still have long commutes said weight gain concerns them, given that studies show a direct link between these two lifestyle factors.

‘Of course, there’s no denying that the pandemic has had devastating effects on the lives on many Americans,’ says Thomas Drew, Co-Founder & President of 1AND1 Life Inc. ‘On a more positive note, however, there have been unexpected health benefits as a result of the change in peoples’ work habits, contributing to an overall happier, healthier lifestyle.’

It’s tough to maintain high self-confidence and always feel your best. That’s doubly true if you suffer from an inferiority...

Some people feel uncomfortable talking about men’s mental health and physical health. Exposing vulnerabilities can be difficult and can sometimes...

39 Spiritual Affirmations for Times of Hardship

We all encounter times of hardship or adversity throughout our lives. Whether it’s finals week at college, a difficult time... 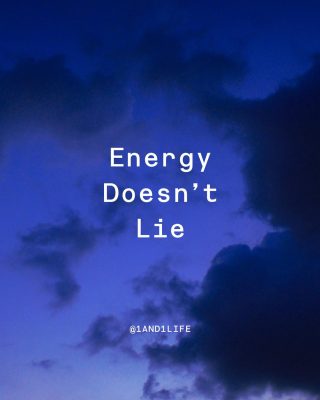